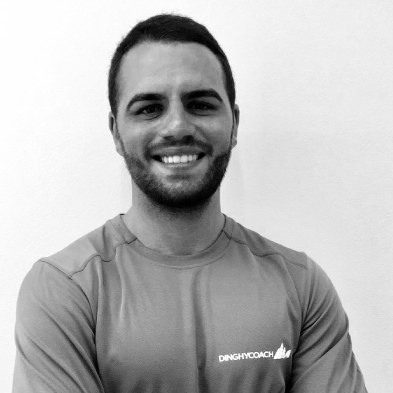 Kevin has sailed Lasers at a very high level himself, getting a Silver and Bronze medal at both Laser4.7 and Laser Radial World Championships. Since then Kevin has been coaching during Dinghycoach Clinics, National team trainings for NED and ESP Laser teams and Dinghycoach Clinics in Lanzarote. As a sailor he is part of the Spanish Impuls Youth America’s Cup team sailing GC32 Foiling and AC45 Foiling Catamarans.